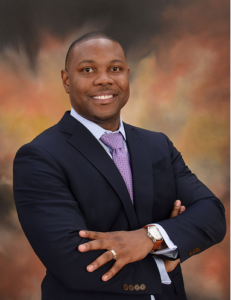 Artesian Kirksey was born and raised in Milwaukee, Wisconsin, a city frequently listed as one of the top 10 most dangerous places to live in the United States. While growing up, Artesian found himself surrounded by drugs, poverty, and crime. It wasn’t until a chain of unfortunate events nearly cost him his future that Artesian made the decision to do something that would change his circumstance and, ultimately, the trajectory of his life. After turning 18 and graduating from high school, Artesian enlisted into the United States Marine Corps. While serving on active duty, Artesian took advantage of the advice and mentorship offered by the senior Marines he encountered. He relied heavily on this camaraderie in 2003 when he was deployed to Kuwait and Afghanistan during Operation Enduring Iraqi Freedom. Artesian attributes much of his success and overall character development to the Marine Corps.

After honorably completing his four-year enlistment, Artesian began to focus on “life after the Corps”. He knew his life had purpose and that God had already blessed him with the gifts and talents he needed to fulfill his destiny. With a strong support system of family and friends, Artesian invested nearly two decades cultivating these gifts and talents as a college professor and academic dean. All while building a strong network of successful, like-minded individuals. His proactive and intentional demeanor would ultimately lay the foundation for him to discover his true calling as a transformational speaker. In 2015 he founded Artwork, LLC which offers individualized  coaching sessions and curriculum that focus on mindset, leadership, professional and personal development in addition to keynote speaking services. He is also the author of The Art of Transformation, where he shares eight practical tips to marry your potential to the right mentality. He also defines his approach to mindset-development.